Notice: WP_Scripts::localize was called incorrectly. The $l10n parameter must be an array. To pass arbitrary data to scripts, use the wp_add_inline_script() function instead. Please see Debugging in WordPress for more information. (This message was added in version 5.7.0.) in /home/customer/www/mmtaxaccounting.com.au/public_html/wp-includes/functions.php on line 5775
 Thinking about finances in your thirties - Markus Mobile Tax Accounting Services Skip to content

Thinking about finances in your thirties

Thinking about finances in your thirties


Deprecated: wp_make_content_images_responsive is deprecated since version 5.5.0! Use wp_filter_content_tags() instead. in /home/customer/www/mmtaxaccounting.com.au/public_html/wp-includes/functions.php on line 5323 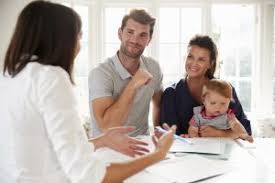 Whatever the goal, reaching age 30 is a turning point for many of us. Whilst it may mean life is getting more serious, by the time we’re in our 30s we’re keen to retain our individuality and remain determined to have fun. With a little planning you can make this new decade even more enjoyable.

The following stories may inspire you to start now to build a stronger financial future.

Protecting what you’ve got

Josh was doing well in his job and had bought a small apartment. A gaming enthusiast, he had completely soundproofed a room to hold his ever growing collection of high-end gaming gear. This room and everything in it was his pride and joy. To his horror he returned home one day to find the front door open and his unit trashed. Not only had his beloved gaming equipment disappeared, the intruders had made the place unliveable. You guessed it – he wasn’t insured. Josh had to start all over again.

And now there are three

Jake and Sara have just had their first baby and two salaries are now one. Expenses have shot up and together with the emotional challenges a young baby brings, they have to juggle their money to cope. Not wanting to return to full-time work yet, Sara goes to the Family Assistance Office and applies for Family Tax Benefits to help make ends meet. Both now realise they should have thought of that earlier and adjusted their budget accordingly.

Getting treatment when you want it

Mike is an all-round sportsman and at age 35 his niggling injuries send him to the physio more often than he’d like. He enquires about private health insurance and learns that premiums increase by 2% each year after age 30 which means he will pay an extra 10%. Although he qualifies for a 30% tax rebate which gives some reprieve, Mike wishes he had taken out health cover before he turned 30.

Play safe with loved ones

Lucy always wanted kids and now has three under the age of six. Being a home mum is her passion. Husband Chris loves his young family and would do anything for them. One day he is knocked off his bike riding to work and spends a month in a coma after which he faces a long period recuperating. Chris had disablement cover in his super fund but it didn’t pay out because he is expected to recover. His leave entitlements were quickly used up and Lucy and the kids are struggling. Income protection insurance would have made life more bearable for this family during this awful time.

34-year-old Jennifer has hit the jackpot. Her career took off two years ago and she’s earning more money than she ever imagined. But she’s horrified at how much tax she’s now paying. A friend refers Jen to a financial planner and she learns about strategies like salary packaging, salary sacrificing, and that investing in shares and property can save her tax as well as build her personal wealth. If only she’d asked earlier.